‘Wow factor’ architect’s designs are up for awards

WOLVERLEY architect Andrea Millner has designs on a top prize after two of her “wow factor” projects were shortlisted in a national award scheme.

Ms Millner was invited by North Worcestershire Building Control to submit her work on two house projects for the competition.

Her design for a contemporary seven-bedroomed house called The Drift in the Rowney Green area of Alvechurch, which has floor-to-ceiling glazed gables, is nominated as best individual new home.

Her other shortlisted achievement, in the same category, is a five-bedroomed house on a green belt site in Woodgate, Redditch, where two Victorian railway carriages had previously been linked by a shed roof to create a makeshift dwelling.

She is a finalist in the West of England region of the Local Authority Building Control (LABC) awards, with winners due to be announced during a ceremony in Bristol tomorrow.

“I’m bowled over to have two of my projects shortlisted for these prestigious awards, which reflect excellence in the way design and construction teams have wrestled with difficult sites and found creative solutions,” said Ms Millner, 49, a sole trader working as Cora Design Ltd.

“Both of my shortlisted projects involved working closely with planners to gain permission and building control approval for innovative new homes to overcome issues specific to the sites involved.”

Ms Millner was commissioned by the owners of The Drift to design an extension to their existing four-bedroomed home, originally built in the early 1970s. 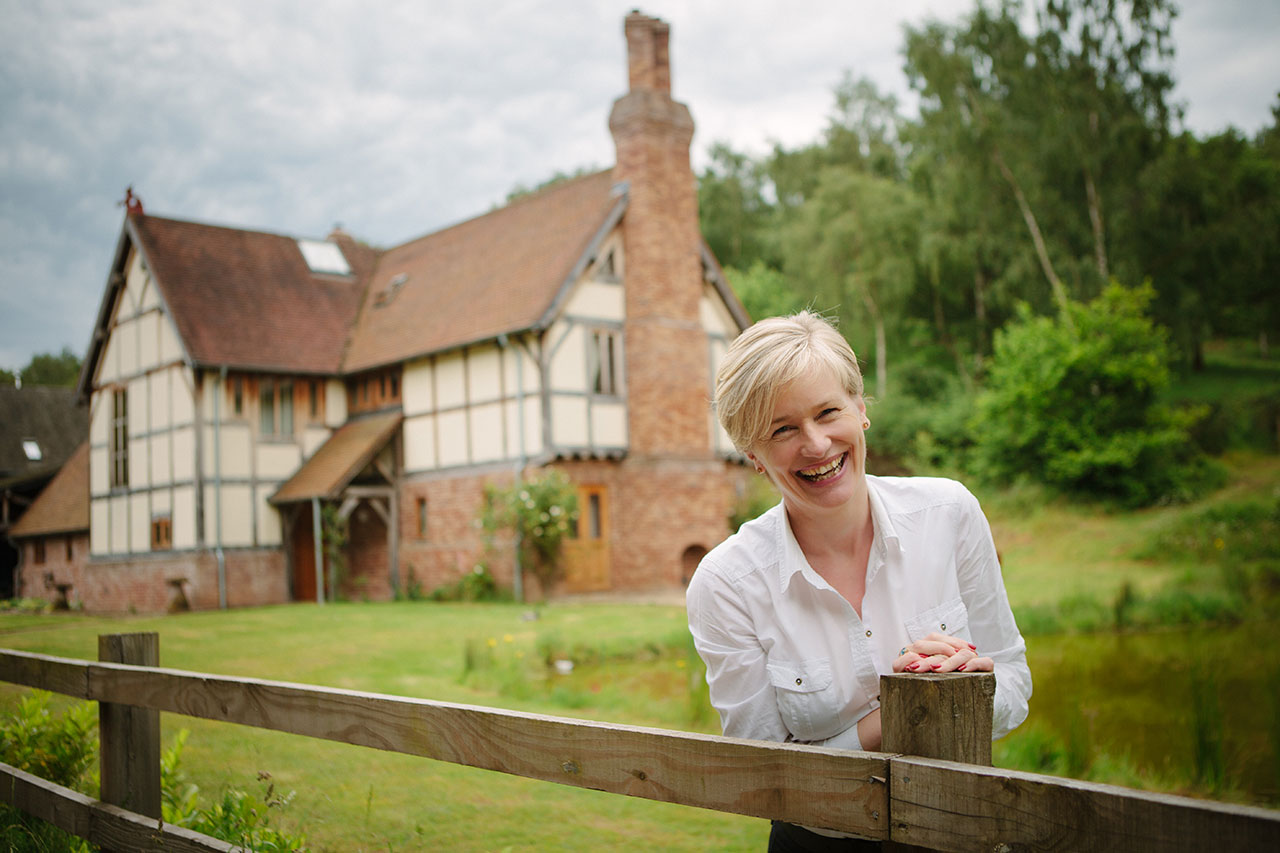 WOW FACTOR: Andrea Millner celebrates outside her home in Wolverley.

She ended up proposing, however, the existing house should be demolished and replaced with a new home with seven bedrooms, all en suite.

“We used the existing foundations and kept the old drainage and underground services for the new building, with a huge cost saving.”

The result is an oak-clad home with vaulted ceilings and trusses of walnut and stainless steel.

The second project, at Woodgate, is in the green belt, where new homes are generally restricted on their size. Ms Millner, however, managed to get approval for a large home – again with vaulted ceilings and a long galleried landing – which won the support of planners.

“I do try to add the wow factor to all of the projects I work on -– often vaulted ceilings and lots of light – but it always has to be in a way that helps a house to flow well and to work on a practical level,” said Ms Millner, who has been an architect for 20 years.

Adrian Wyre, building control manager for the North Worcestershire Partnership, who put forward the projects for the awards, said: “Andrea shies away from the mundane – even her extension projects have a distinction about them.

“The Drift shows a lot of creativity and there was good teamwork between Andrea, the contractors and our building control service. The use of the existing foundations and services was a bonus for green conservation.

“The Woodgate house also looked very different – predominantly clad in timber, it fitted in perfectly with the setting.”

She broke the mould as a teenager at the Pensnett School, when she was the only girl to study woodwork, metalwork and technical drawing instead of domestic sciences.

She graduated from the Birmingham School of Architecture as one of the top two students on her course and has since worked on designs including a £1 million apartment in Birmingham, a women’s refuge in Ludlow and villas abroad, as well as new houses and extensions.

She is also “Passive Haus” trained, enabling her to use sustainable techniques that conserve energy in new houses.

A showcase for her work is her own family home, where she lives with her family, next to the Drakelow tunnels in Wolverley. The site used to house the heavy goods and maintenance sheds for the former Regional Seat of Government at the tunnels, off